Before you get started creating your own custom image, it’s important to understand how images are built in Saturn Cloud.

When you create a custom image using the Saturn Cloud UI, you build it upon a base image.

Base images consist of the operating system and the minimum required code to achieve the full functionality of Saturn Cloud (for either CPU or GPU instances). They also contain packages to run the various workspaces (e.g., JupyterLab, RStudio) as well as the CUDA drivers necessary to interact with GPUs. They are designed to be as slim as possible so that they can load more quickly. You can see all of the base image definitions here.

After selecting the base image, you add packages and start scripts that define the rest of the custom image.

Create an Image Within Saturn Cloud

To build your own image, select the Images tab from the left-hand menu in Saturn Cloud. From here, you’ll see the blue New button at the top right of the screen. Click this, and you’ll be taken to a form.

There, select Create an image using Saturn Cloud, and you will be presented with the following form: 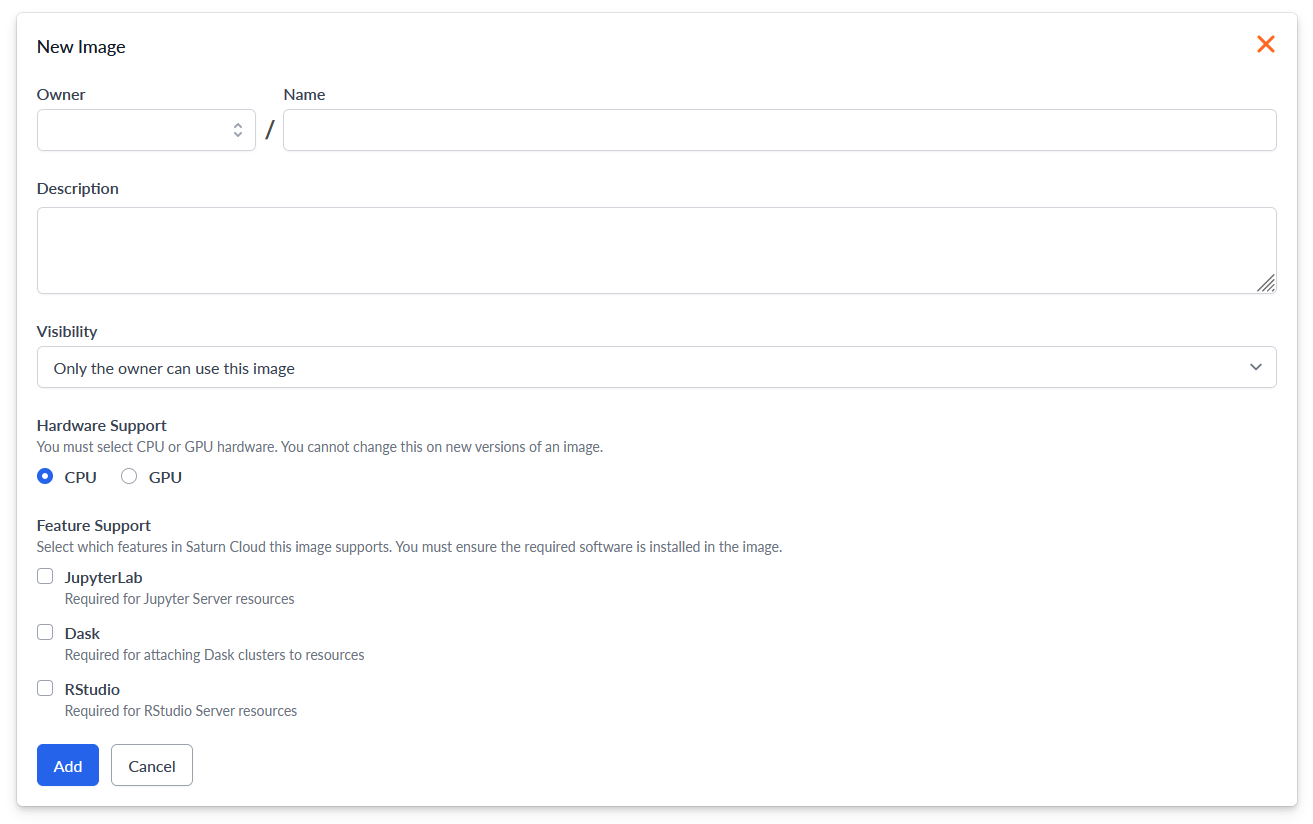 Options when creating an image within Saturn Cloud:

Click Add to create the new image. To finish customizing your image, you will next need to create a valid version. From the image’s page, click New Version in the top right.

From this page, you will be able to copy existing image configurations or create your own from scratch. 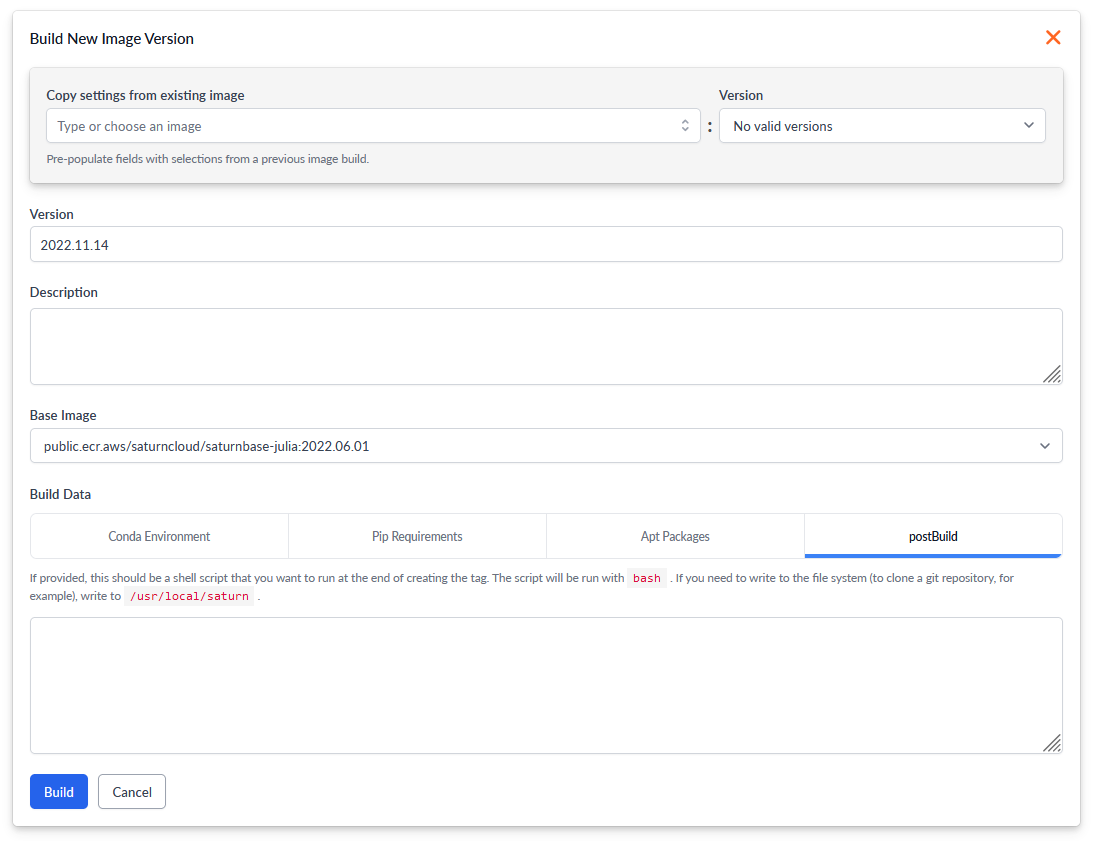 Options when creating an image version in Saturn Cloud:

Note: If you have an existing conda environment that you use locally, you can run conda env export –no-builds to generate a YAML file. Paste the YAML file into text field under Conda Environment.

If you are instead importing an external environment from a host service such as Docker Hub or Amazon ECR, select Add External from the New Version dropdown menu. You will then be prompted to enter the image URI, version, and optional description. 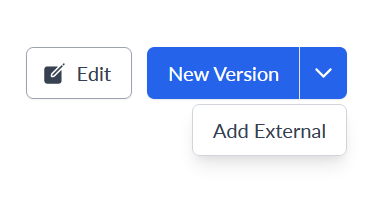 Click Build after you have entered all the information, and your image will be built.

Starting with the base image, the image builder will install the following in this order:

Note: Building your image may take some time, as all your packages and dependencies need to be downloaded and built to ensure the image will work!

After the image build is complete, your image is ready to use when creating a new resource.