How to Build Custom Docker Images For AWS SageMaker

In this post, we show how to create a custom Docker container image for AWS SageMaker.
By David Elvis | Tuesday, January 17, 2023 | Data Science & ML 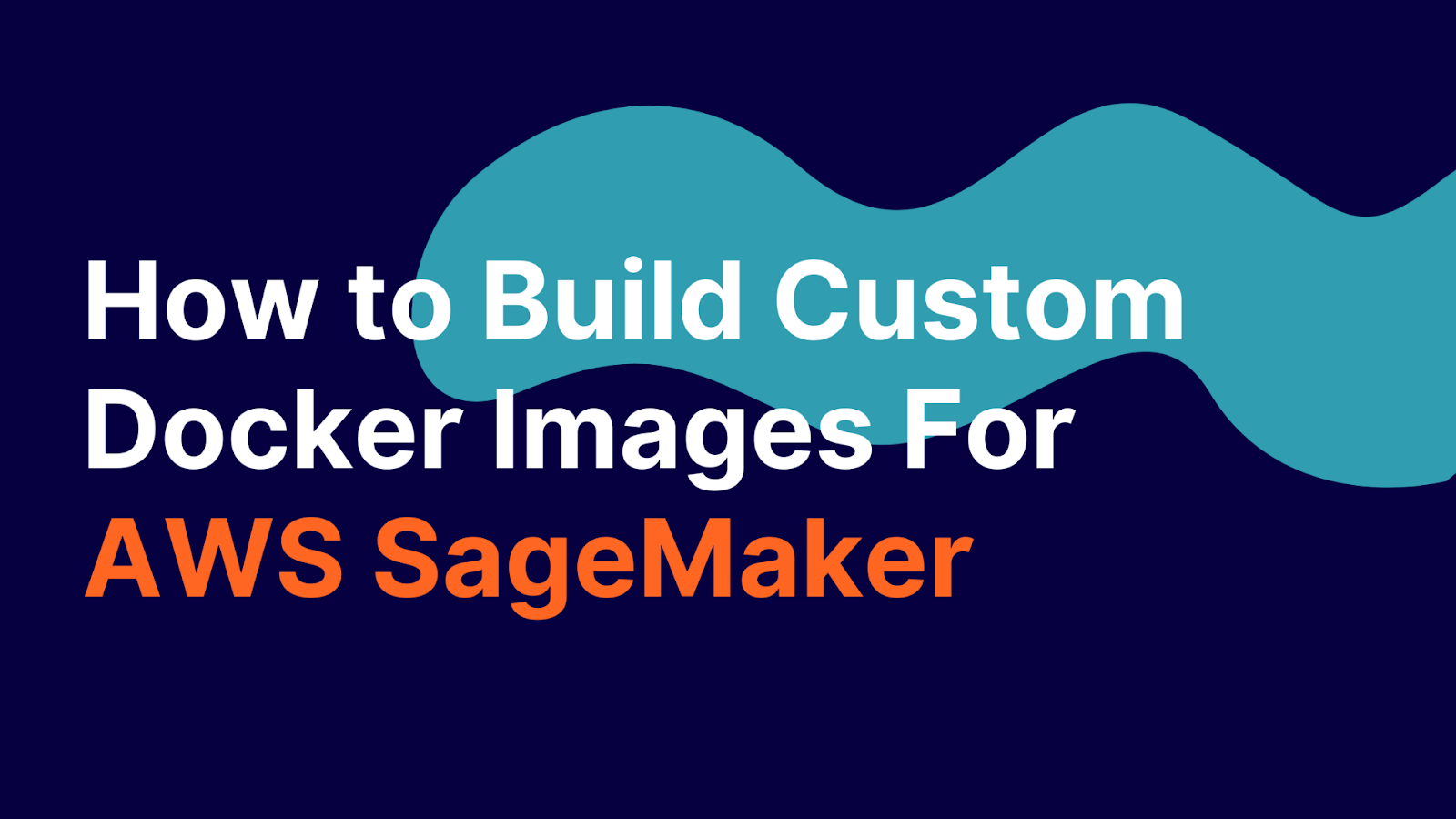 In this post, we show how to create a custom Docker container image for AWS SageMaker.

The adoption of containers for cloud-native apps and Docker usage in particular has grown extremely robust.

According to the Docker Index report in 2020, there were 8 billion pulls in the month of November which was an increase from 5.5 billion a month the previous year. But July left that number in the dust, with 11 billion pulls.

On the other hand, AWS SageMaker is extremely popular for data science projects which need to be organized in the cloud. It provides a simple and transparent way to carry out ML development.

AWS SageMaker makes extensive use of Docker containers to allow users to train and deploy models. Docker technology allows developers and data scientists to be able to package their projects into standardized units that run consistently on any platform that supports docker.

When developing a model in AWS SageMaker, you can build custom Docker images for the training code and the inference code, or combine them into a single Docker image.

AWS SageMaker provides a great interface for running custom docker images on GPU instances. It handles starting and terminating the instance, placing and running the docker image on it, customizing the instance, stopping conditions, metrics, training data and hyperparameters of the algorithm.

In this tutorial, we are going to walk you through how to build custom Docker images for AWS SageMaker and then store them in Amazon Elastic Container Registry (Amazon ECR).

Then, we will build the container image using the Dockerfile that we have created.

The Dockerfile describes the container image that we want to build. In simpler terms, we can think of it as describing the complete operating system installation of the system that we want to run.

Below is our train.py script but you can replace it with your own custom scripts or include other files such as config files to enable connections with private PyPi repositories or other package management tools.

After creating a Dockerfile, we will now build a local image using the following command while in the docker folder:

You need to create a folder on your local machine, and add the following files in that folder:

We set the backend kernel for this Dockerfile as an IPython kernel, and provide a mount path to the Amazon Elastic File System (Amazon EFS). Amazon SageMaker recognizes kernels as defined by Jupyter. For example, for an R kernel, set the Name in the preceding code to ir. You need to ensure that the Uid, Gid and kernel names match the kernel specs and user information in the Docker image.

For AWS SageMaker to run a container image for training or hosting, it needs to be able to find the image hosted in the image repository, Amazon Elastic Container Registry (Amazon ECR).

You can use the AWS Management Console, the AWS CLI, or the AWS SDKs to create and manage private repositories. You can also use those methods to perform some actions on images, such as listing or deleting them. These clients use standard AWS authentication methods.

Even though, you can use the Amazon ECR API to push and pull images.

The three main steps to the process of storing Docker images to Amazon ECR are building locally, tagging with the repository location, and pushing the image to the repository.

To build the image locally, you use the following command as we had used it earlier;

This will take instructions from the Dockerfile that we created earlier, and then build an image on your instance.

After building the image, we need to let our Docker instance know where to store the image so that AWS SageMaker can find it.

Using the following command, we will tag the image:

For the repository name, has the following structure:

If we fail to tag the image with the repository name, Docker by default will upload the image to Docker Hub, and not Amazon ECR.

AWS SageMaker currently requires Docker images to reside in Amazon ECR, and to push an image to ECR, you must tag it with the registry hostname.

Amazon ECR images are private by default which is a good practice with Amazon SageMaker but if you want to share your AWS SageMaker publicly, you can find more information in the Amazon ECR User Guide.

Before we push our image to AWS ECR, we need to authenticate our docker CLI to our AWS ECR using the following command;

This command retrieves an authentication token using the GetAuthorizationToken API and then redirects it using the pipe (|) to the login command of the container client, the Docker CLI in my case. The authorization token is valid for 12 hours.

For the above command to execute successfully, you need to have AWS credentials stored in the credentials file and your IAM principal has to have the necessary permission.

Finally, using the following, you will be able to upload the image to Amazon ECR, with the Region set in the repository name tag.

Now, we have successfully pushed our image to the private repository in AWS ECR.

And when we can check on our private repository in AWS ECR, we can be able to see our image, which means it was successfully pushed.

For us to be able to use the image, we need to attach the image to the studio domain. You can do this via Studio UI. In this case, the UI will handle creating the image and image version, and updating the domain with the attached image.

On the control panel page, you are able to see the Studio domain provisioned, along with any user profiles that you have created.

The ECR repository also needs to be in the same account as your Studio domain or cross-account permissions for Studio need to be enabled.

AWS SageMaker image store automatically the versions of your images, so you can Detach an image with all its versions, and Attach a new version. There is no limit to the number of versions per image or the ability to detach images.

On a final note, AWS SageMaker provides prebuilt Docker images for its built-in algorithms and the supported deep-learning frameworks used for training and inference. In this blog, we discuss how you can build custom Docker images for SageMaker instances, use them for training and also store them in your private registry in AWS ECR, and then attach them to the AWS Sagemaker Studio domain.