Setting up JupyterHub on AWS

This step-by-step walkthough covers how to install JupyterHub for your organization on your internal systems.
By Quansight | Wednesday, April 13, 2022 | Data Science & ML 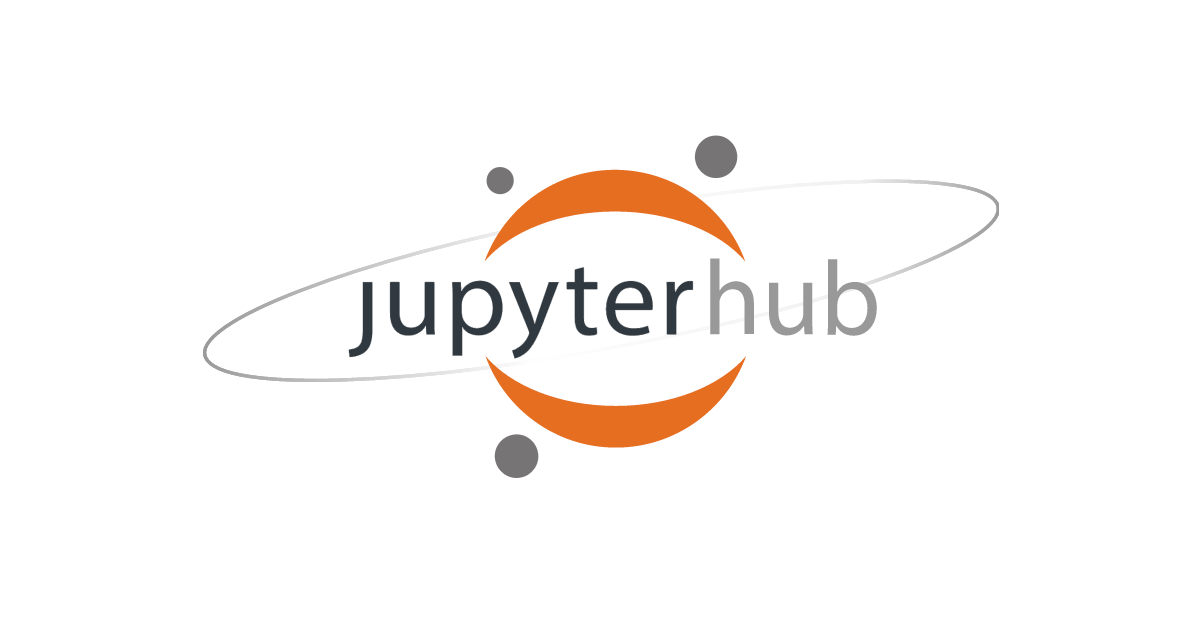 Don't want to set this up yourself?

Dealing with large datasets and tight security can make it difficult for a data science team to get their work done. A shared computational environment that scales for big data, and a single place to establish security protocols, makes it much easier. Enter JupyterHub.

JupyterHub is as a computational environment that provides shared resources to a team of data scientists. Each team member can work on their own tasks while accessing common data sources and scaled computational resources with minimal DevOps experience.

In this blog, we will give some tips on installing and setting up a light-weight version of JupyterHub on Amazon Web Services (AWS). We’ll go through two standard approaches:

The official JupyterHub documentation covers much of what follows but it often times points users to other resources, which can be a bit disorienting. In the following tutorial we tried to outline all the necessary steps it takes to get started with JupyterHub on AWS EKS. It also comes complete with helpful screenshots and common pitfalls to avoid.

Although you can run JupyterHub on a variety of cloud providers, we will limit our focus to AWS. At the time of writing, AWS is still the largest and most widely used cloud provider on the market.

Before diving into the details on how to deploy JupyterHub, let’s compare The Littlest JupyterHub and Zero-to-JupyterHub.

The Littlest JupyterHub is easy to set up, but probably not suitable as a long-term production data science environment. On the home-page it even calls out that that it’s currently in a beta state and not ready for production.

One of the main reasons it isn’t suggested for production is the scaling limitation of TLJH. Although TLJH can theoretically handle many users, as more users logon the resources of TLJH get stretched between them. At one point or another the resource sharing will impact your users. For example, a large analysis run by one person could impact the model training of another. This will eventually cause people to waste time as their work crashes at unexpected times.

That said, TLJH is a great way to get an understanding of how JupyterHub works and to get a feel for it’s user interface. It also might be good for hobbiest and those who are interested in getting up and running quickly, say for a demo or training purpose. You can read more about when to use TLJH on the TLJH docs pages.

Zero-to-JupyterHub is a containerized solution, so that all users are working in isolation of each other, and any particular set of work can be run on arbitrary hardware. This allows users to get the right amount of CPU, RAM, and GPUs for their particular work, and avoids the scenario where one user’s work could impact another. A containerized solution (i.e. Kubernetes) might be right for you if you need to scale to potentially thousands of users or if you prefer to have more control on how your JupyterHub is administered, then ZTJH is the better option.

The table below summarizes some of the major similarities and differences.

The Littlest JupyterHub on AWS EC2

The Littlest JupyterHub is an environment that runs on a single server, and as the name implies, is the smallest and simpliest way to get started. Jupyter’s documentation for installing TLJH is thorough, so we recommend following it, but keep in mind these points:

Once TLJH is up and running, navigate the JupyterHub endpoint (URL). The first time you log in (as admin), you will be prompted to create a password.

From there you can start adding users and installing conda/pip packages.

Whereas the TLJH runs on a single EC2 instance, ZTJH can be configured to run on a Kubernetes cluster so that your team can scale calculations and handle very large datasets. The setup is more involved, but this allows for broader customization.

Creating a Kubernetes cluster can be a daunting task, but we will walk through the AWS guide, “Getting Started with Amazon EKS” and help you create it. Once the cluster is created, JupyterHub can be deployed on top of it.

This post is intended for readers with some experience working with cloud resources and the command line interface (CLI). Many of the steps can be done within the AWS Management Console or from your local terminal using the AWS CLI.

Most of the AWS docs will have you create and interact with AWS resources using the aws CLI tool, so to add another perspective, we’ll go through several of the same steps using the AWS Management Console.

There are many ways to setup a Kubernetes cluster on EKS so keep in mind that this is not the only way of doing so. We’ll highlight a few places where you might want to set things up differently.

Here’s what you need before starting:

By the time we’re done, the following AWS resources will have been created:

Configure your computer to communicate with your cluster

Now that a basic Kubernetes cluster has been setup on AWS EKS, we can (almost) install JupyterHub. Before doing so, we need to install helm. Helm is a packager manager for Kubernetes, and the packages in helm are known as “charts”. Once Helm is installed on our local machine, we will simply “install” JupyterHub on our Kubernetes cluster.

Great! You’ve made it this far, now we can actually install JupyterHub. As mentioned earlier, the JupyterHub installation is handled by a “helm chart”, which is basically a two step process.

Single Node Jupyter Hub (The Littlest JupyterHub) and Multi-node Jupyter Hub (Zero-to-JupyterHub) are good ways to set up basic data science capabilities for your team. Hopefully this article can help you get set up quickly, and avoid some common pitfalls.

From here, you will need to focus on

Don't want to set this up yourself?

Check out other resources on setting up JupyterHub: